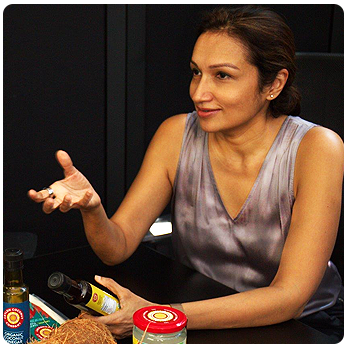 Chamila is not your ordinary stay at home mum of 3. When a business-psychology major, who once held the Miss Sri Lanka crown, was a top-rung corporate banker for a decade and who owned a boutique spa, takes over domestic duties, she is bound to cook up a culinary revolution. Chamila has tied up her low carb high fat diet, her experiments with coconut flour and her passion for social responsibility with her husband’s sprawling ancestral coconut estate.

“The result”, she says, “was a coconutty idea”. It is really an idea that will change, forever, the way we eat our coconuts. 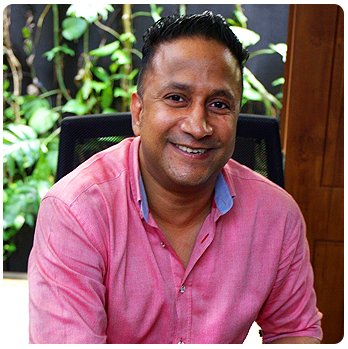 When Gehan quotes James Keller and says “A candle loses nothing by lighting another candle”, you would have to remember that this is an Aries, with 15 years of experience in marketing and new business development in industries as varied as energy and IT services. Gehan combines unique skills.

These are skills not limited to his MBA, managing his own company or his hands-on experience in running his family coconut estate. They are skills of a man who is passionate about serving his community through Rotary and believes that life is nothing without daring and courage.

There’s much about Kumar Sangakkara the whole world knows. It’s no secret that he holds the world record for the highest partnership in Test history, that he is one of the few batsmen who can claim the impossible record of amassing 10,000+ runs in both Tests and ODIs, and that he has played 547 international matches for Sri Lanka and hit 35 centuries in 122 Tests. Everyone knows all that about Kumar.

We even know that he is married to his childhood sweetheart and is the devoted father of twins. Yet how many people know that Kumar’s family has only ever used coconut oil in their food? When coconut oil was vilified by researchers and nutritionists in the 1980s, Kumar’s family held onto the firm belief that there was nothing more healthy, since it has been the food of this island for centuries.

Isn’t it about time the world found out that it’s coconut oil that runs through the veins of one the world’s top sportsmen?