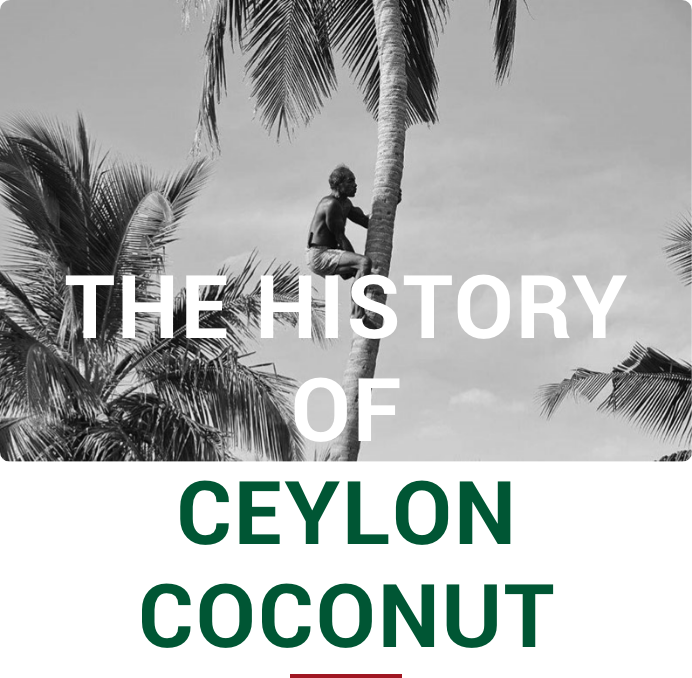 The Coconut (Cocos Nucifera Linn) is regarded to be of ancient origin and cultivated by people of Ceylon for its various uses for over thousands of years.

According to early Greek Chronicles, it was Megasthenes, Ambassador of the Seluces Nicater, who told the Indian King, Chandra Gupta about the Coconut Palm he found in Sri Lanka in 300 BC. “The island, then, in the great sea, which they call Taprobane, has palm-groves, where the trees are planted with wonderful regularity all in a row, in the way we see the keepers of pleasure parks plant out shady trees in the choicest spots.”

Hence it is evident that the coconut was established in Ceylon by the dispersal and dissemination from the original home of Cocos Nucifera Linn either by the hand of man or by nature.

Coconuts enjoy a prestigious position in Sri Lankan society, and it is interwoven with the culture and traditions of its people with over 80% of annual production consumed domestically. Every part of the coconut palm is strongly combined with the day-to-day life of the community. Therefore, it has been christened as “Kapruka or Tree of Life” a source of plentiful resources.