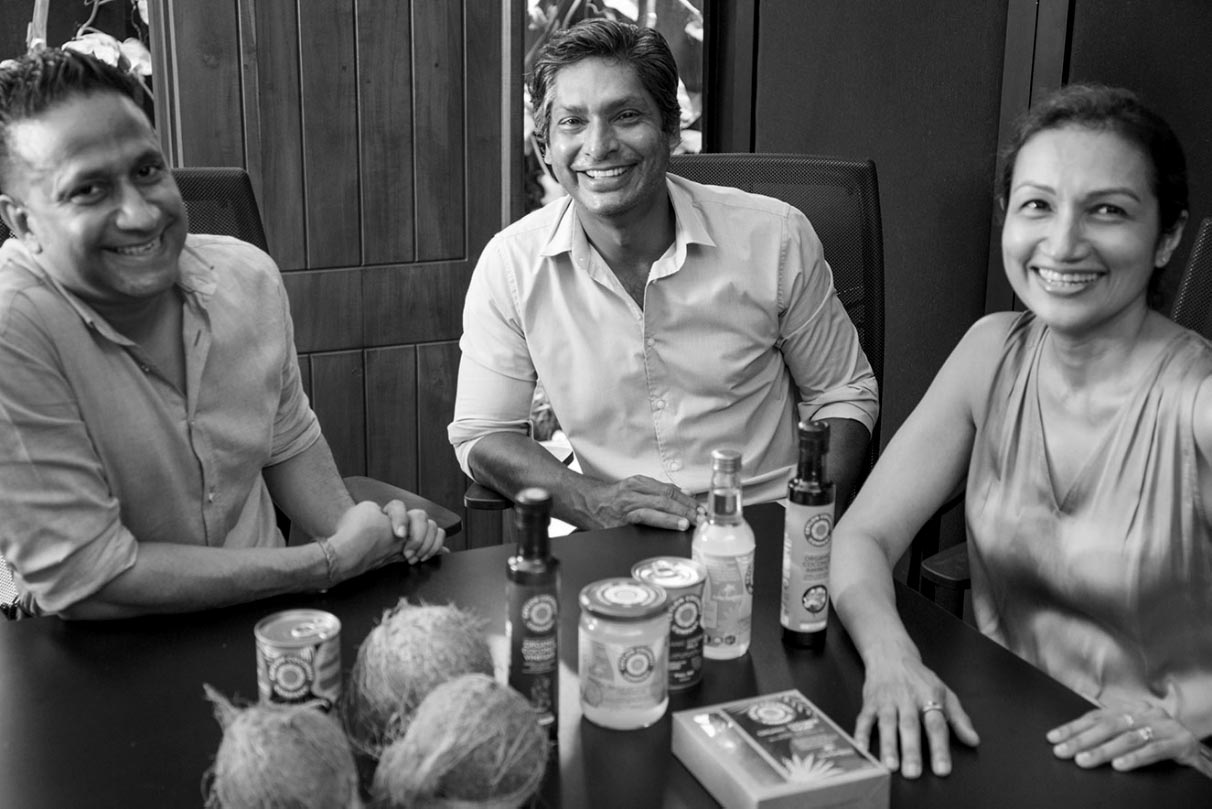 A TROPICAL STORY
& AN ISLAND PHILOSOPHY

Set in the Indian Ocean in South Asia, the tropical island nation of Sri Lanka has a history dating back to the birth of time. Sri Lanka, natures treasure chest is home to one of the oldest civilizations in the world.

Its location on the silk route brought many adventurous travellers to its shores. Marco Polo, Ibn Battuta and the Portuguese seafarers would have stepped off their boats on to the island’s coconut palm-fringed beaches. They may have rested under their shade, and the gentle and welcoming islanders may have offered them voluptuous coconut fruits filled to the brim with sweet coconut water to quench their thirst.

Three like-minded home grown entrepreneurs, with a singular love for all things coconut and vast family owned working coconut estates, were the magical combination that gave rise to a vision that evolved into the Ceylon Coconut Company.

Ceylon Coconut Company believes in a philosophy that goes to the very heart of your life and the way you want to live it. We know that your health is the fundamental foundation on which you build your life and future. For that reason, we believe that every product from our range of Ceylon Coconut products should contribute to your good health and continued well-being.

The Ceylon Coconut is an integral part of our island lifestyle. It is our staple food and has been our secret until science discovered and documented its incredible life enhancing properties. Combining traditional knowledge with modern techniques, our farmers ensure that only the best plants are re-grown, giving the best yield and the thickest meat. There is very little excess coconut produced in our country. Most often we cannot meet the ever increasing demand from the global market. The quality of our Ceylon Coconut range is of paramount importance to us, because we understand the way you would like to live your life.

Each time you invest in our products, you will start a trickledown effect to the humble Ceylon Coconut farmer. A message of support for the value of his high quality, ethically sustainable product. You will motivate him to increase his yield, and you will encourage more youth on this island to continue this very important farming practise.

Chamila Wickramasinghe has a decade of banking and finance experience and has qualifications in business, psychology, nutrition and aromatherapy. Her passion is learning and researching on how to naturally improve one’s mind and body. Her prime area of focus at CCC is company strategy & finance, new product analysis and development, and co-ordination of new projects.

Gehan De Alwis who has been involved with marketing and new business development for the past 15 years, is the main force behind client relations, sales and marketing at CCC. He actively seeks to provide a seamless and comprehensive service for all our clients, be it local retail, general international sales or our high-end private brand clients. He is an active Rotarian involved with many social service programs for the community.

Kumar Sangakkara, the most celebrated batsman and icon of Sri Lanka, is a non-working director; however he has been actively involved in brand development and enhancement. He liaises closely with the working team and establishes countless opportunities for growth and consumer attention.